A Golden Mystery In Massachusetts Massachusetts’ top export is not sleek medical devices, cutting-edge machinery, or life-saving pharmaceuticals. It is something more intriguing: gold.

In a state devoid of gold mines, Massachusetts exported nearly $2 billion in gold last year to places such as the United Kingdom, Switzerland, and Hong Kong, according to WiserTrade.org, a Leverett trade research group. And these were not paper transactions but 62,500 pounds of the glittery metal — roughly the weight of a herd of more than two dozen rhinoceros.

But exactly who is exporting this gold has stumped even specialists studying the Massachusetts economy, who can talk knowledgeably about almost any product that leaves the state, from semiconductors to seafood to colon cancer tests.

“I really would like to know, but I don’t,” said Northeastern University economics professor Alan Clayton-Matthews.

As it turns out, much of the gold leaving the state appears to be just passing through. In 2014, Massachusetts was not only the nation’s fifth-largest gold exporter but also its fourth-largest importer, accepting about $1.5 billion from countries such as Canada, Colombia, and Mexico.

The middle man appears to be the gold-refining industry, which understandably keeps a very low profile. Massachusetts has its own version of Fort Knox, the Metalor refinery, located in North Attleborough. Metalor, a subsidiary of a Swiss firm that makes gold bullion and parts for Rolex watches, is among the nation’s largest gold refiners.

The company did not return phone calls and e-mails. Juan Carlos Artigas, director of investment research at the World Gold Council, a trade association in London, also was tight-lipped about who here is buying and selling all that gold. 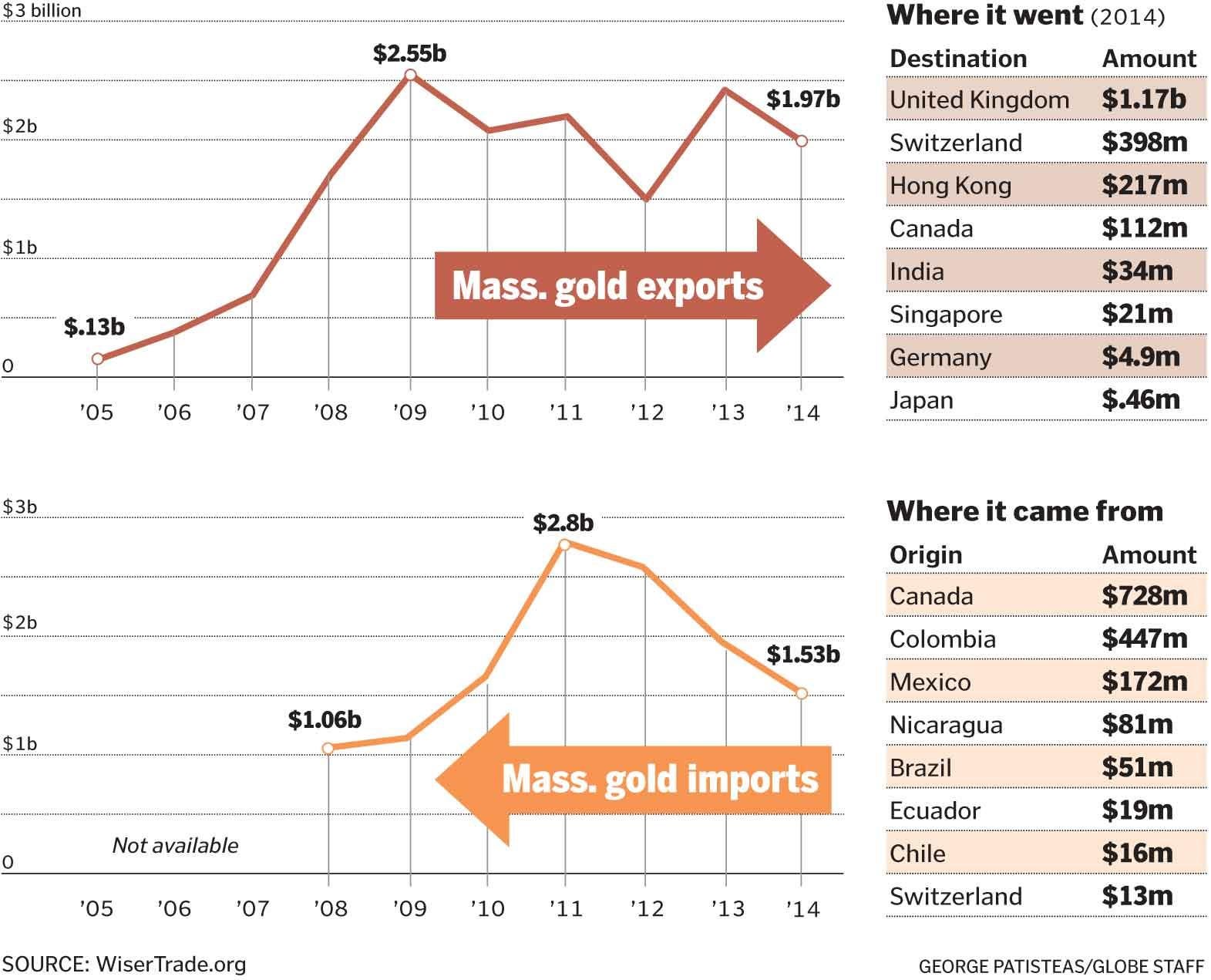 “There are bar and coin dealers in Massachusetts that basically function as a repository to sell gold to other parts of the country and parts outside the US,” Artigas said “But I don’t think I can expose names.”

Artigas has good reason to be careful. Last month, armed robbers stole $5 million in gold and silver from a truck headed from Miami to Boston. The FBI said the truck driver pulled over on a remote stretch of Interstate 95 in North Carolina when men who said they were “policia” ordered them out of the truck, then loaded barrels of gold and silver into a white getaway van.

The security guards were employed by TransValue Inc., a Miami transportation company that is offering $50,000 in addition to the FBI reward of $25,000 to anyone with information. FBI Special Agent Michael D. Leverock of the Miami bureau declined to discuss the truck’s exact destination.

Larry Nyborn, the second-generation owner of Precious Metals Reclaiming Service , a Westwood refiner, said much of the gold that arrives in Massachusetts comes through Miami.

His small firm opened a location in West Palm Beach, Fla., in recent years, extracting gold from old jewelry and electronics and selling it to other US metal refiners, including Metalor.

Metalor makes gold bars stamped with its name and “999.9,” representing the near-purity of the bars, and sells them internationally, according to the company’s website. 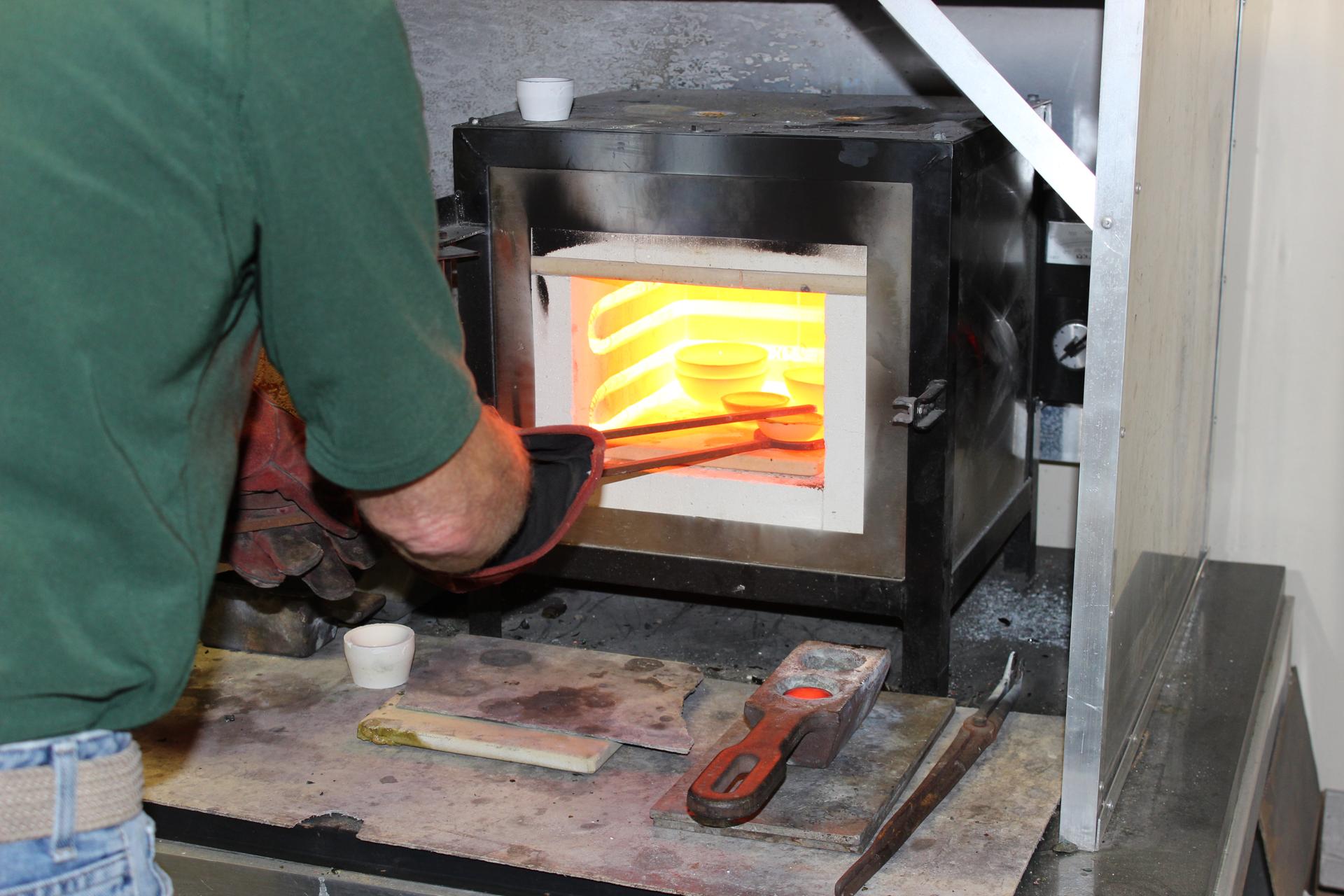 “They’re one of the big boys,” Nyborn said. “They could account for a big amount of [gold exports], but I don’t have any way to know. And I don’t think they’re going to tell you.”

Neither will the US Census Bureau, which tracks specific goods and the companies that export them. A spokesman said the names of those businesses are confidential.

Metalor’s 2013 annual report, the most recent available, offers few clues, other than to say that the company’s sole US plant “gained market share” in recent years. Metalor board chairman Scott Morrison told Bloomberg News in 2013: “Right now we can’t keep up with demand in terms of investors in Asia purchasing gold.”

Commodities specialists said a modernizing global economy is creating affluence in nations such as China and India, where demand for gold has spiked. “Part of having more wealth is you’re able to purchase more jewelry,” said KC Chang, a senior economist at IHS Global Insight, a Lexington forecasting firm. “Gold benefits from a rising middle class in Asia.”

Daniel Hodge, director of the Donahue Institute, a policy and economic research arm of the University of Massachusetts, said state economists have concluded that a single company, located near Attleboro, is responsible for the gold passing through the state.

But that’s as far as the research went, he said, because gold doesn’t have a big impact on the state’s broader economy. Technology, pharmaceuticals, and manufacturing employ more workers and offer a better barometer of international trade and the state’s economic health.

“There are other sectors we think are more telling about how well Massachusetts companies are trading with Europe and Asia,” Hodge said. “But gold is one of the larger categories of commodities that we export.” 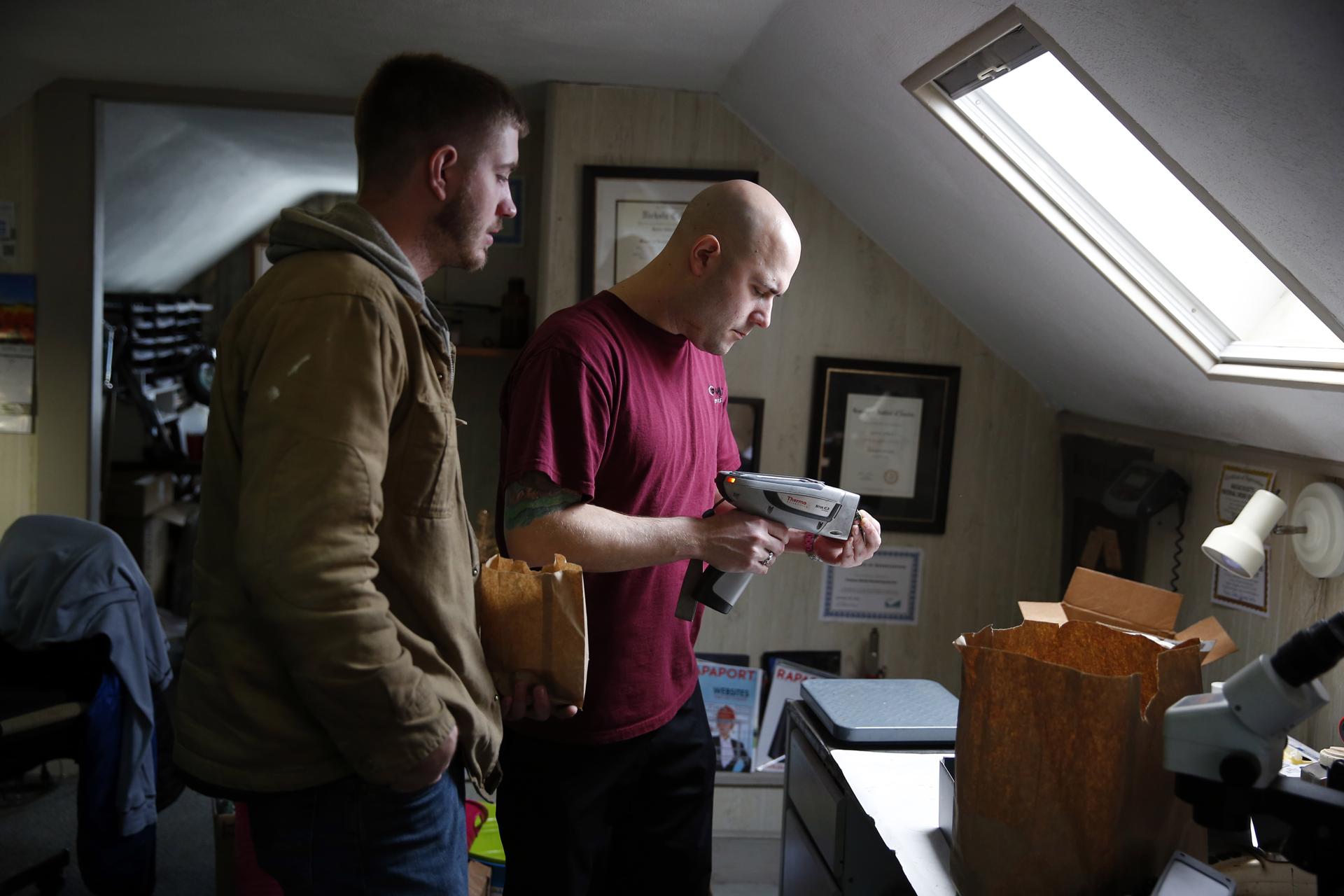 Jason Nyborn (right) of Precious Metals Reclaiming Service in Westwood tested the content of a computer part that was brought in by Wesley Bucklin of MW Recycling in Biddeford, Maine.

By By Megan Woolhouse